The family resemblance is unmistakable. I just didn’t realise how powerful it was until I wore a beard. My mother’s maiden name was Freud, and she was descended from the great psychiatrist, Sigmund. That means I’m related to the brilliant painter Lucien, the wit and gastronome Clement, the publicity guru Matthew and the broadcaster Emma, among many others… a talented family, the Freuds.

The Amber Room was one of the wonders of the world, two centuries ago. Built in Germany and given by the Prussian royal family to Peter the Great, emperor of Russia, it was lined with carved amber across every surface — floor, walls and ceiling.

Six tons of amber, worth an estimated L1bn today…

The room was stolen by the Nazis, who boxed it up and shipped it back to Germany in 1941. By the time the war was over, the room had disappeared. Many suspected Albert Speer, Hitler’s architect, had commandeered it — one rumour claimed it was packed into 27 crates and hidden on board a ship that was sunk by a Soviet submarine.

I believe the amber is underwater now but, as I told the editor of Moscowski Komsomolets, it is not lost at sea. My instincts tell me the Nazis deliberately sank the treasure in an inland lake or lagoon, and that other treasures were buried with it.

I will use my dowsing gifts to try and track it down, though I am concerned that after 65 years underwater, the amber will have rotted. It will be an artistic disaster if nothing remains but an oozing mess.

Back in June 2006 I predicted that my old friend Tzipi Livni, then Israel’s Foreign Minister, would soon be Prime Minister. That took no psychic power — it was clear she stood head-and-shoulders above the other politicians of her generation for sheer drive, talent and intellect.

Last month, with the resignation of PM Ehud Olmert, she was elected leader of the Kadima party and given six weeks to form a government coalition. I know she will succeed, and become Israel’s second woman Prime Minister, after Golda Meir.

Why am I so certain? Because Tzipi and I used to play basketball together, back on the courts of Tel Aviv in the Sixties. Even though she was a dozen years younger than me, she was usually the tallest girl on the team, and she had an unerring aim.

When Tzipi went for a slam-dunk, she hit the hoop as if she already knew the point was scored. That’s the kind of confidence and self-belief that has carried her all the way to the top in politics.

Back then, I was obsessed with basketball. Most of the city’s schools in Tel Aviv had a court, and I would zip around on my Vespa until I found a deserted playground. If the gates were open, I’d start bouncing a ball around, and within minutes there would be a crowd of kids eager to join in.

My favourite trick was to slam the ball through the hoop blindfolded. When I relied on my mind power senses, I was more accurate than when I used my eyes. To prove it I would sometimes ride my Vespa blindfold too. To Hanna’s relief, that’s something I grew out of…. but I’m still crazy about basketball.

Flying back from Moscow to London for an appearance on QVC, the television shopping channel, I got chatting to Rochdale’s soul diva, Lisa Stansfield. She was astonished when I bent a spon for her, and revealed that she has a deeply spiritual side to her personality. 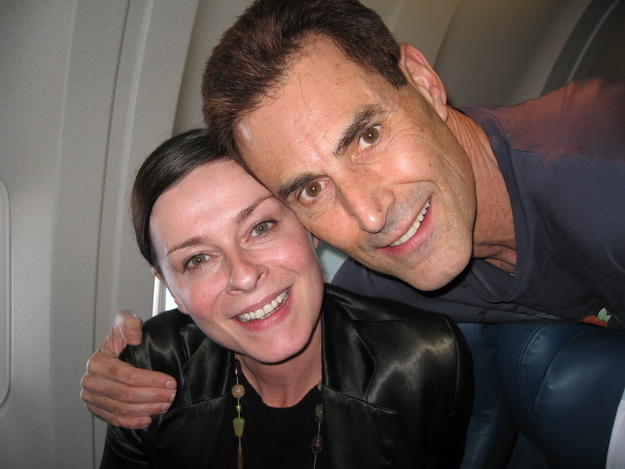 It’s almost 20 years since Lisa’s massive international hit, All Around The World, but she assured me she still loves soul music. These days she is branching out into acting — last year she starred in an episode of Marple with Geraldine McEwan, Alison Steadman and Juliet Stevenson.

If you want a celebrity challenge, try naming a more impressive trio of theatrical talent than that.

One of Moscow’s Habad rabbis, Yacov Fridman, left me speechless when he explained how the Jewish Habad movement which he helps to run in Moscow has distributed over L130m to the needy, much of it donated by Russia’s new breed of billionaires.

The rabbi invited me to see the charity at work with a visit to one of the city’s orphanages. We had a wonderful time — the children were full of life and energy, and that always inspires me to entertain… there wasn’t a spoon, a fork or a hairpin left unbent by the time they waved us off. 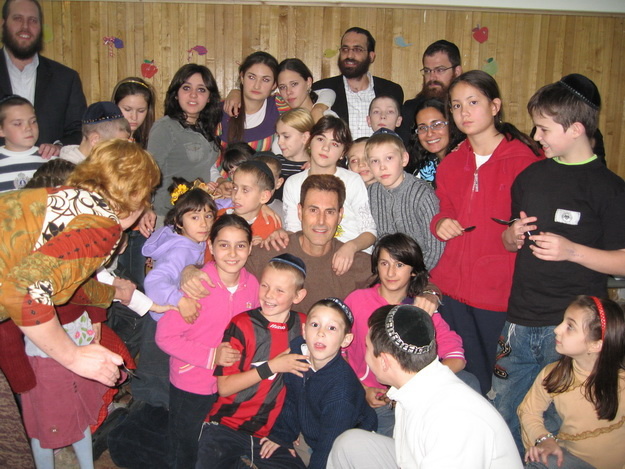 Maybe I should take up a collection on the show, and ask viewers to each send one piece of unwanted cutlery to the charity. Or perhaps that’s not such a great idea — with six million knives and forks, the orphanage would have no room for the children.

As we were strolling over a bridge towards the Kremlin, Hanna and I were fascinated to see six or seven trees festooned with padlocks. My first thought was that they were artworks created with leftovers from KGB dungeons during the Cold War, but when we looked more closely we saw there were notes and ribbons attached to every lock. 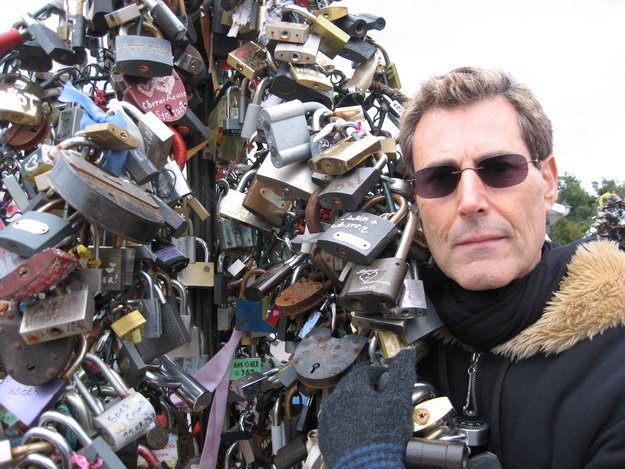 Hanna worked it out: these were good-luck charms, hung there by newly-weds. It’s an old Moscow custom for a couple to celebrate being locked together for life.

Hanna and I have been together nearly four decades, but it’s never too late to celebrate. I’m going to find the biggest, shiniest padlock in all the city’s luggage shops and add it to the top of a tree.