The Queen and I have two things in common. We never carry money, and we both love to see our animals run. Her Majesty is an enthusiastic racehorse owner, of course, while my four-legged sprinter is my greyhound, Barney. But when I first came to Britain, I was a horse-owner too.

It wasn’t just that Bono was among the 400 mourners at St Bride’s Church in Fleet Street, or that the Prime Minister would be the first guest to speak: it was the inscription on the order of service — “Sir Clement Freud. Born 24.04.24. Best Before 15.04.09”.

I love the witty suggestion that my old friend reached his expiry date before he went stale. At almost 85 years old, he was as devilish and charming as he always had been.

The choice of St Bride’s puzzled me, since the Freud family’s roots are Jewish, but as a journalist friend later explained to me, Clement always thought of himself above all as a newspaperman, and the Fleet Street church is the traditional venue for farewells to the greats of that world.

Gordon Brown described Clement as a national treasure and a national institution. They had known each other since the mid-Seventies, when they were both rectors of Scottish universities, and as the Prime Minister commented, it was right that the first Bible reading should be about food and wine. He chose the Wedding at Cana.

The first song was Oh What A Beautiful Morning — I thought this was a bit of wordplay, the kind of pun Clement loved to make on Just A Minute, until I realised the song was one he had chosen as a Desert Island Disc, more than 40 years earlier.

Dominic and Matthew Freud, Clement’s sons, both read, as did their mother — Matthew’s address was especially gripping, full of passion, emotion and humour, delivered at a pitch and tempo that held the church mesmerised. We were all in tears before he finished.

Some of Clement’s 17 grandchildren read a selection of his witticisms and bon mots, before another marvellous choice of song — I’ve Got The Horse Right Here, from Guys And Dolls. As the choir sang, I reflected that the horse must have been Spoonbender, which Clement and I owned in the Eighties.

But as we left the church, to the strains of Chopin’s Minute Waltz, the Just A Minute theme music, I knew that the song I would never forget was the one sung by Emma Freud: she sat at the piano and revealed a spectacular voice, as she poured her heart into I’ll Be Seeing You. The church was held breathless — if it had been a performance on Britain’s Got Talent, Emma would have racked up ten million hits on YouTube by now.

As we left, we were given cards, with an invitation to Matthew’s home for the wake on one side and a painting of Clement, reclining on a picnic, on the other. I am certain that he is waiting for us in a meadow in the next life, with a bulging hamper of food and wine, and a quizzical smile on his lips.

Later, we strolled over to Marylebone High Street for tea in Sagne’s bakery. It was here that Clement took me when I first came to live in England — he was horrified to discover I had never tasted a scone with jam and cream. “Sagne’s make the best,” he insisted, and of course he was right.

Clement always knew where to find the best of everything. 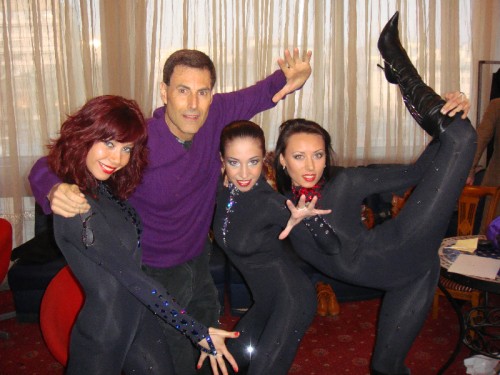 There’s been so much to cram into recent columns that I haven’t had a chance to show you this photo of me with three cat-suited dancers from my last visit to Moscow. The girls were the assistants to the Safranove Brothers, brilliant illusionists who opened my show at the Meer Theatre.

Meer means ‘world’ and we had a world of weather that day, experiencing all four seasons in less than an hour — snow, hail, rain, bright sunshine and then gales. I don’t know how Muscovites decide what to wear in the morning — T-shirts or bear-skin overcoats. 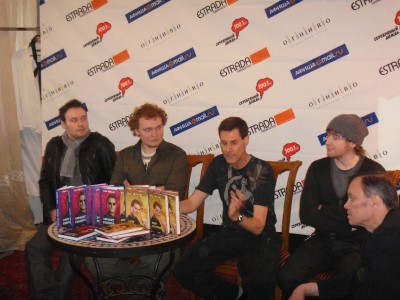 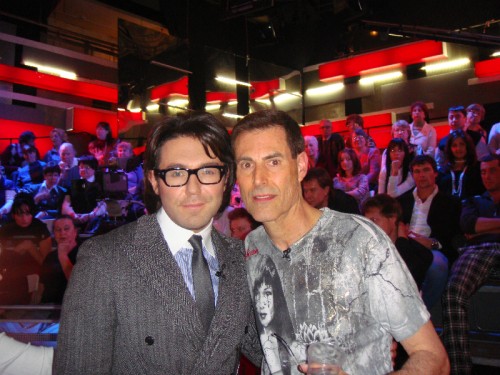 The next night, I was invited by the top chat show host Andrey Malakhov to a televised debate on the paranormal. I was expecting to come under attack, but what I wasn’t prepared for was the Russian style of debate — when you have a point to make, drown out your opponents by shouting louder.

Luckily, the psychologists, mentalists and parascientists directed their assaults at each other, so I just let them get on with it — and then stunned the host by taking his broken watch and, with the help of the audience’s mental energy, making it tick again.

Andrey later told me the wristwatch had belonged to his grandfather, and had not worked for over thirty years.

The show was seen by between 20 million and 40 million viewers (the Russian ratings system is an imperfect science) and there is no doubt in my mind that many other watches started ticking at the same time, from Murmansk to Vladisvostock.

One of the things that most impresses me about the Japanese respect for every member of society is the way that anyone with a hint of a cold will wear a light cotton mask. That way, sneezes don’t spread germs.

I resolved to adopt the same habit myself — whenever I find myself in a crowded room during the sniffle season, I will don a mask and pretend to be suffering from a virus.

So I asked our friend Masako to send us a box of masks. The day after they arrived, the newspapers were full of the threat of swine flu. I think those masks might prove more useful than I guessed.