The last time a global depression was this scary, the whole world went to the movies. Audiences in the Thirties flocked to see extravagant musicals with dazzling effects and magical songs.

When the Lord Mayor of Liverpool met spoon-bender Uri Geller he didn’t expect to trigger a chain reaction. 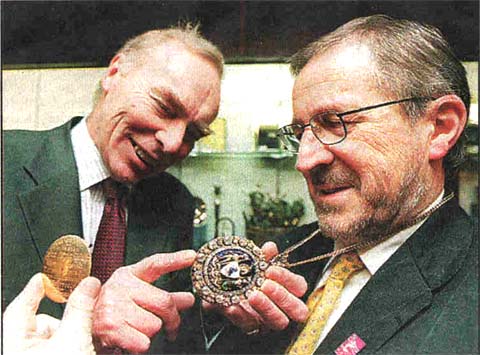 But Councillor Eddie Clein was astonished when later in the evening the £500,000 piece of civic regalia he was wearing fell to pieces.

It later transpired that six rivets holding the diamond- encrusted Jewel of Liverpool treasure in its solid gold casing had simultaneously come adrift. 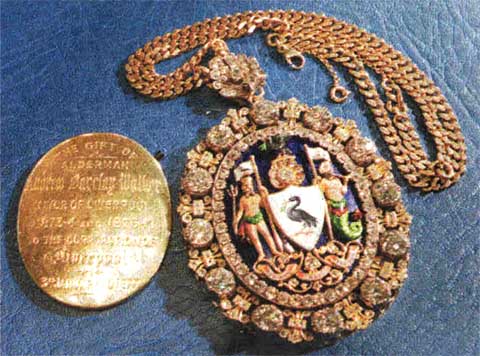 As they were being introduced, Geller warned him to keep the regalia away from them because he was ‘fatal with chains’.

Later, during dinner, Geller was bending a spoken for Greater Manchester Chief Constable David Wilmot when there was a shriek from the Lord Mayor’s table.

Mr Clein said: I was just leaning forward to reach for the pepper when I heard a tinny rattle and found the back of the jewel hanging off. Someone called Geller over and there was general consternation.

‘My attendant David Ramsay, who was looked after the jewel for more than 20 years, said he could not believe it had disintegrated because it has been as solid as granite when he
put it around my neck.

‘I know some people say Geller is a phoney but I don’t. I accept that he has psychic powers.’

The jewel, which bears Liverpool’s coat of arms, has now been sent for repair.

Jeweller John Pyke examined the piece yesterday and said he could understand one of the six rivets lengthening and loosening, ‘but for all six to have failed at the same time is very strange’.

Geller said it was ‘the most expensive thing I have wrecked, by far’ but he did not believe he was directly to blame. He thought it was more likely that he had somehow triggered the Lord Mayor’s own ‘latent psycho-kinetic powers.’

Speaking at his Berkshire mansion last night he said: ‘When I jokingly told him to keep the chain away from me I think that may have awoken his own powers and he subconsciously
concentrated his own thoughts on the jewelled medal until it could take no more. I was glad to learn that it was insured and even more glad that the chief constable did not have me arrested for causing criminal damage.’

Geller is regarded as one of the world’s top psychics.

He now has a British passport and keeps a Cadillac covered in twisted cutlery at his Berkshire mansion.

He remains busy by touring the country to show off his skills as well as writing books about paranormal activity.