The last time a global depression was this scary, the whole world went to the movies. Audiences in the Thirties flocked to see extravagant musicals with dazzling effects and magical songs. 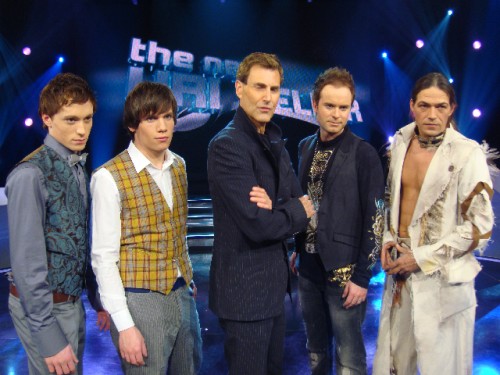 This time, the world wants a different kind of escapism. People are demanding high drama, danger and hair’s-breadth escape from death. And the performers are ready to deliver it.

That’s the only explanation I can find for the reckless peril courted by my contestants as they vie to be crowned The Next Uri Geller. They defy death and they invite disaster on live TV, ready to die by drowning themselves, impaling themselves, shooting themselves or disembowelling themselves. And this week it went too far.

When Amila almost drowned as a locked glass box filled with water, the phonelines went into meltdown. Viewers responded strongly to her courage. But when the stunt went without a hitch the following week, many in the audience expressed a strange sense of anti-climax and Amila was voted off the show.

This week Jan Rubin added a suicidal new dimension to his Bed of Death — he planned to hang above the razor-tipped blades by a burning rope. I know how meticulously this popular contestant prepares his demonstrations, but this one went wrong from the start.

Part of the winch apparatus failed to move as a lock popped open at the wrong time, and I realised with a grim certainty that Jan had started a chain reaction that would end in his death — live in front of millions.

There was no way I could permit that to happen. I strode onto the set and ordered him to halt, and I forced the stage managers to drag his equipment off the studio floor.

Jan insisted angrily that the breakdown didn’t matter, that he could salvage the performance, but I knew he was bluffing — if one lock could spring open at any moment, so too could the apparatus that held the burning rope.

I have made more than 100 parachute jumps, and the golden rule I learned as a paratrooper was never to trust faulty kit. If a chute showed any sign, however small, that it had not been packed well — a buckle askew or a strap twisted — we unpacked it and started again.

Otherwise, the first mistake could lead to a second and end in a spiralling plunge to a horrible death.

Even if Jan was prepared to gamble with his life, I wasn’t ready to let him. I have a responsibility to the show and the viewers. It’s my name in the title, and I have to bear the weight.

As I walked offstage with the title music blasting out, one of the consultants, Matteus, put his arm over my shoulder. “Jan is burning up over that decision,” he told me. “But when he cools off he’s going to understand — he owes his life to you.” 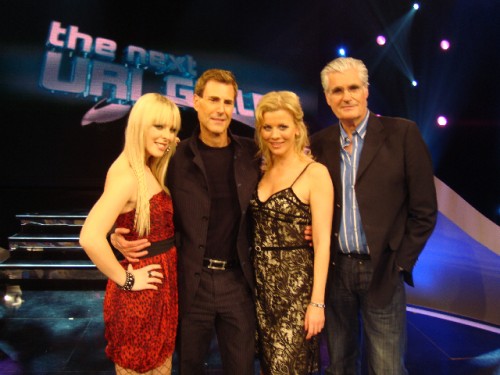 At six foot one, I’m used to being taller than most of the people around me. I tease Shipi that if he gets a bald spot I’ll be able to see it, but he’ll never know if I get one. (Luckily, my daily exercise of hanging upside-down has kept my follicles healthy, and my hair is still as thick as it was when I was 20 years old).

The actor Sky du Mont, who was one of my special guests on last week’s show in Germany, gets an eagle’s eye view of the top of just about every head he sees — he towered over me, and when he told me he was six feet five, I was surprised it wasn’t more.

Sky is one of Germany’s most acclaimed stars, and his international career includes one of my all-time favourite movies — The Boys From Brazil, which starred Gregory Peck, Laurence Olivier and James Mason. “I didn’t play a big part, compared to many movies where I was the leading man,” Sky said. “But to work on a film with three Hollywood legends was irresistible.” 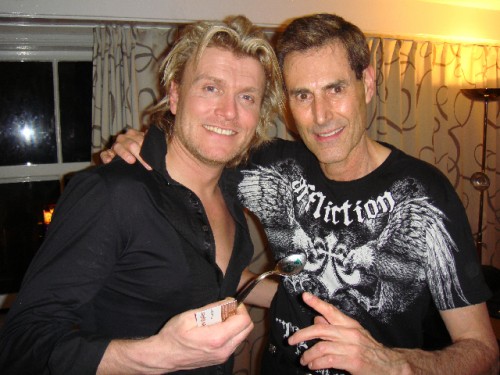 Hans Klok is one of Holland’s most successful mystifiers, with a Las Vegas show that rivals premier league names like Criss Angel and David Copperfield. Half a billion soccer fans around the world saw him make the Jules Rimet trophy materialise in a glass cage during the opening ceremony of the 2006 World Cup in Germany.

When Hans called my show’s producers and told them he was keen to meet me, I hoped he wouldn’t want to demonstrate one of his most famous stunts — many magicians can saw a victim in half, but when Hans does it, the legs keep walking around the stage on their own.

In another of his favourite illusions, he turns his assistant into a jet of steam. I know that, unlike many of the acts on my show, there’s no real danger involved, but I still don’t want to know how it feels to be a pair of legs on the loose.

He was charming and witty, and very frank. When I told him I’d enjoyed the publicity he generated in the US media with a rumour that he and his Las Vegas assistant, Pamela Anderson of Baywatch fame, had been getting frisky together backstage, Hans burst out laughing.

“The Americans loved that story, but they obviously don’t read the European papers,” he said. “I have a boyfriend, and I love to take part in the Amsterdam Pride gay parades.”