It was live TV, in front of a studio audience, and as the water slopped over Amila’s head I saw panic on her face. This was not how the act was supposed to go.

Amila began to thrash around inside the tank, desperately clutching at the lock and gazing around for help. Bubbles of air burst from her mouth: she seemed to be shouting. This was not an act, not part of the performance. She was panicking, and she was drowning.

I started up from my chair, and the sense that I’d been here before struck me hard. This was a tragic replay of how I saw my friend David Merlini collapse and pass out underwater in Cannes as he attempted to break the world record for surviving without breathing.

When Merlini made his dramatic bid last October, we had trained rescue workers on the sidelines with glass-breaking tools fitted over their hands. At my signal they were able to shatter the wall of the tank, in front of 500 celebrities, journalists and television executives at the Majestic Hotel on the first day of the $500m MIPCOM media fair.

This time, we were relying on bolt-cutters. The glass-breakers had saved Merlini’s life, but he had been badly cut by jagged shards and he spent most of the night in the accident and emergency wards.

Merlini is an indestructible performer, an escapologist wo has been crushed under concrete blocks and dropped from a crane while bound in chains inside a burning car. Even so, he was almost killed that night in Cannes.

Amila is an entertainer, not a superwoman. There was no doubt in my mind that if the tank was smashed she could die from her cuts — and if she didn’t emerge soon she would be brain-damaged for life, or dead.

But bolt-cutters are slower than steel spikes. The stagehands struggled to fit the jaws of the cutting tool over the lock that clamped the lid of the tank. I saw Amila slump down its walls. She was losing consciousness.

Merlini survived more than 20 minutes without breathing underwater. Amila had been submerged for barely 20 seconds, but already she was dying.

Water splashed across the stage as the lid burst open and Amila’s rescuers pulled her free, gasping and spluttering. Within moments she was battling to regain her composure, and stood to acknowledge the applause from our shocked audience. Her dignity and bravery impressed me.

We were ready to halt the show, but Amila insisted she was not injured. Her act had failed, but what mattered was her response: the audience responded to her courage. I delivered my verdict, praising her commitment, and minutes later millions of viewers were phoning in their verdicts too. They didn’t want to see this courageous performer kicked off the show.

I already had my suspicions about what had gone wrong. Amila picked the most dangerous celebrity to share the performance with her. There were three big names on stage, and she chose the comedian Simon Gosejohann, a huge and controversial star in Germany.

Simon knew the combination code to the lock on the lid of the water tank. Amila asked him to transmit it to her telepathically.

But comedians’ brains are wired up differently to other people’s. Everything in their mind is upside-down, inside-out and back-to-front. I would never accept the mental impressions I received from a truly individual comic, such as Jim Carrey or Ricky Gervais — they’re just too eccentric.

I’m certain that Simon tried to communicate the right combination, but Amila was too inexperienced to decode his signals.

That is only my interpretation: I never ask the contestants on my show how they acheive their effects. I don’t want to know the answers, I just want to enjoy the results.

One thing I do know beyond question — Amila was devastated after the show. She was weeping uncontrollably and her body shook with shock. She didn’t care about failing in front of so many millions of people — she was simply horrified that she had been seconds from death.

“I can never do that act again,” she told me. “I couldn’t ever face climbing inside that tank again.” 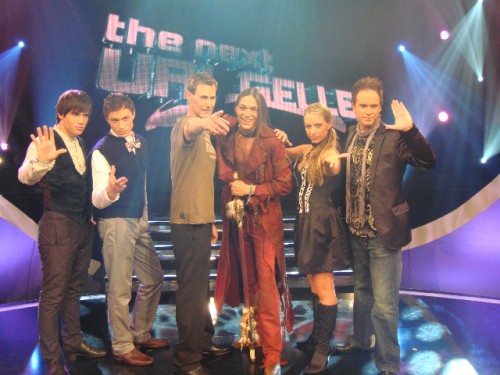 I knew how she felt. When Shipi and I were young men, in Israel, were went scuba diving in the Med, and got lost. We couldn’t find our way back to shore, and as we searched for the gap we’d swum through in an underwater ridge, we thought we were going to drown.

After we found safety and hauled ourselves ashore with just a couple of minutes of air left in our tanks, I vowed I’d never go diving again. Then I realised that would mean living the rest of my life in fear.

I had no choice: I had to strap on an aqualung again as soon as I could, to conquer my emotions and break the grip of fear. And that is what Amila must do. It is vital that she climbs back inside that tank, and conquers the combination lock with the power of her mind.

I hope she’ll do this on my show next week. For a performer, fear is a demon that must be beaten. 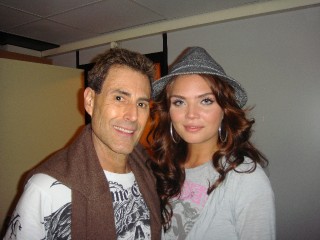 Kim Feenstra is a supermodel and one of the loveliest celebrities we’ve welcomed onto the Dutch show. Gabriella Stermchen sings with a rock band. 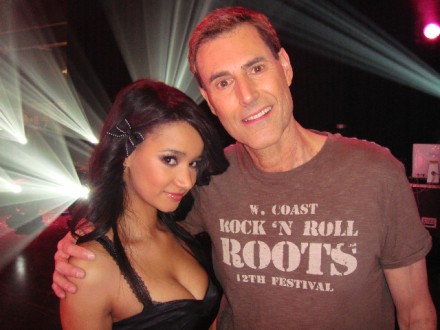 Both of them were fascinated by Waayatan, the shaman-like performer in his scarlet leggings and long frockcoat, who can make a person feel his touch just by resting his hand on their shadow. 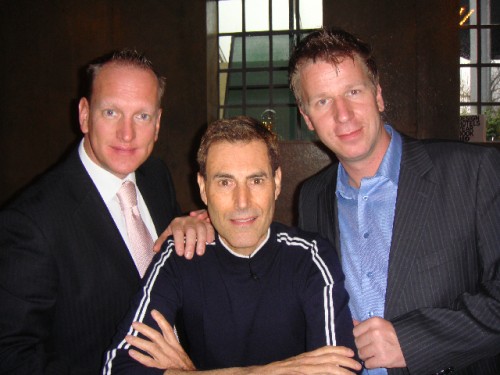 Rob and Emiel were contestant in last year’s series in Holland. They’re lovely guys, and they’ll be joining me on stage for four performances to raise money for children’s charities.