It’s hard to find time for anything except rehearsals when you’re staging two live TV shows every week, but I was determined to see Slumdog Millionaire after the movie scooped eight Oscars, four Golden Globes and seven Baftas. 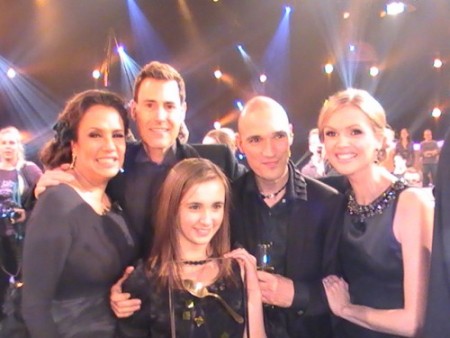 The viewing figures shattered all records and the phone system went into meltdown as voters demanded this composed, charming child was crowned our winner. Rival channels threw on everything they had, including The X Factor and the movie Borat, but at one stage we had a whopping 44.8 per cent of the viewers. And Yelle was our trump card.

Ever since the birth of spiritualism, 150 years ago, it has always been young women who prove the most natural “sensitives”. That is the word coined by parapsychologists to describe the mentalists and mediums who seem to possess the mindpower to read thoughts and even move objects.

Poltergeists, for instance, almost always materialise around adolescent women, and it is teenage girls who are most likely to see religious visions. More ominously, the KGB’s massive research into parapsychology in the Sixties and Seventies focused heavily on young women as the Kremlin tried to subvert gifted sensitives for espionage and Cold War surveillance.

I loved Yelle’s performances. She could make feathers float and sand move, hear whispers trapped in a wineglass and exert total mental control over the people round her. It was breathtaking.

The studio was silent — and I must have been holding my breath, because I could hear my heart beating — as the Mask was unmasked. He was revealed as Hayashi, who had been the first contestant on the first series. The rules forbade him from returning, but by adopting a new identity as the Mask, he outfoxed us.

Hayashi’s love of danger sometimes went too far, and I was forced on one occasion to halt the Mask’s act because I believed our celebrity guests’ lives were at risk from the razor-edged swords he wielded. And I made no secret of my disgust at the vampiric Vincent, who ate leeches and drooled blood.

I’m delighted that the audience at home shared my misgivings. It’s interesting that my production team, who are investigating the possibility of taking the series to the Far East, say that in many Asian countries the more gruesome contestants would be banned. And in some places, including China, it is illegal to screen performances by mediums who claim to be in contact with the dead.

Pure telepathy, on the other hand, is guaranteed to fascinate Asian viewers — which is just one of the reasons I predict that my successor, 12-year-old Yelle, is on the brink of becoming a major international sensation.

My German series also reached its climax this week — Jan Becker was the winner, and my protege David Merlini, the escapologist, joined us for a memorable show. But my European adventure wasn’t quite over… 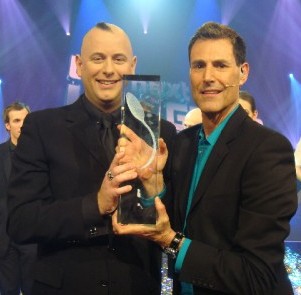 Oliver Pocher, the German comic who caused a sensation on YouTube with his parody of me, was filming a new DVD in Berlin, and invited me to join him on stage at the O2 arena in Berlin. The last time I played to such a vast audience was in Rio de Janeiro during my Brazilian tour in the Seventies.

With the presenter of Germany’s Who Wants To Be A Millionaire, Gunther Jauch, seated beside me, I introduced Oliver as “Mortadeller the mentalist”. There 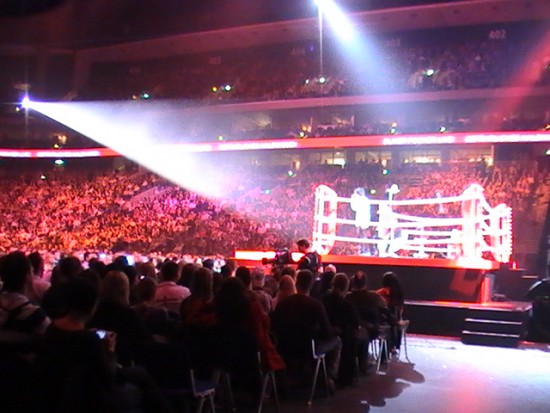 were camera crews all round us, and the comedy was beamed onto Imax screens: every one of the 15,000 spectators had a perfect close-up of our faces from hundreds of feet away.

The next night we were in Rotterdam for a show with Rob and Emil, the mentalist duo, in front of a capacity audience of 1,500 at the Luxor theatre, where Bill Clinton recently lectured.

Only then could we fly home. It’s been an adventure…

I can’t wait to find out what happens next!

The outrageously funny magician Ali Bongo was one of my early detractors — he even went on Blue Peter in the Seventies claiming to be able to bend spoons, thoughwhat he did best of course was raise laughs. Kids and adults both loved his act.

Ali passed away earlier this month, and I was amused to read in his obituary that he once tried to visit me at my London hotel. He claimed I refused to see him, with the m

essage: “I have no time for magicians! What do they know about my powers?”

I don’t remember the incident, but I have to admit it sounds a lot like me at that time!

What the obituary didn’t reveal is that Ali and I became friends in later years, and he greeted me warmly when we met in December at the 37th International Magic Convention in London. The event was hosted by David Berglas, who presented me with a special award.

Ali, who was President of the Magic Circle, congratulated me heartily. When I heard, a few weeks later, that he had suffered a stroke at the age of 79, I contacted his niece and asked to speak to him over the phone.

Ali sounded weak but content, knowing that he had been so lucky to devote the whole of his life to the magic he loved. That’s the greatest trick of the lot. 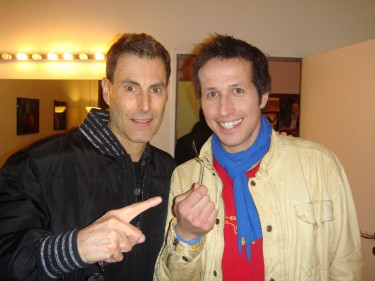 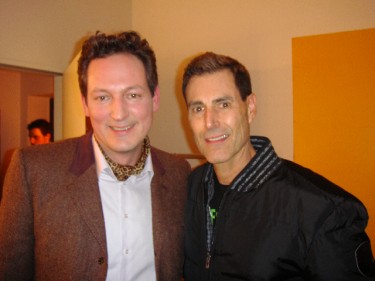 Caption: To promote the German series’ finale, I joined interviewer Stefan Raub on his chatshow. Other guests included Dr Eckhart von Hirschausen, whose book on positive thinking has topped the bestseller charts, and the children’s entertainer Willi Weitzel.