“I love Paris, in the summer when it sizzles…” I can’t sing it the way Ella and Frank did, but as we strolled along the Champs Elysee on Saturday I meant every word.
This must be the most fascinating street in the most absorbing city on Earth. Shipi and I sat at a pavement cafe, sipping capuccinos all afternoon and watching the parade pass by — so many fashions, languages and even aromas… in the Parisian summertime, everyone seems to be drenched in scent. It smells much sweeter than London!

They say that when a shark strikes, you can lose a limb without feeling a twinge. All the predators that circled Michael down the years took a bite from him, and I knew he could not endure it forever.

After the financial maelstrom and the global frenzy surrounding his court case, Michael’s decision to stage a comeback was the right one — but he should never have contemplated doing so many shows. 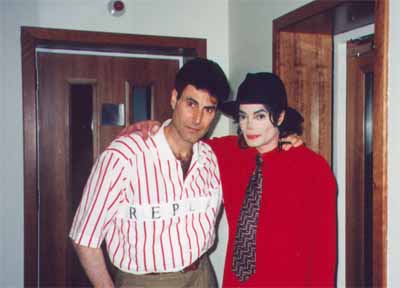 At the Hit Factory studios in New York

One would have been enough. Instead, he allowed himself to be persuaded into an extravaganza that even Elton John or Madonna would struggle to pull off. For Michael, with his health in tatters, and after so many years away from live performance, it must have been a terrifying, nightmare prospect.

His sanity had been buffeted. There were rumours of skin cancer and drug dependency. But in the end it was his heart that gave out. I should not have been shocked — but I was, so appalled at the news that I slammed the phone down on the first journalist after calling him a hoaxer.

The succession of calls that followed left me in no doubt. As all the news agencies, Fleet Street papers and TV stations started to demand instant quotes and tributes, all three of our house phones and the mobile were ringing simultaneously.

All through the night, I felt numb. It wasn’t until the morning, when I had already gone more than 24 hours without sleep, that the real grief kicked in. As I talked to Carla Romano on GMTV by live satellite link, I was on the verge of breaking down in tears.

What I remembered most vividly was Michael’s devotion to his fans. He drew on their love for strength, and his gratitude for their overwhelming affection was bottomless.

I remember watching him in a New York hotel room, searching through every drawer and cupboard before he checked out. “Have you lost your passport?” I joked.

“I don’t want to leave any gifts behind,” he told me earnestly. He took a soft toy from a paper bag that a fan had decorated with hearts, and clutched it to his chest in a gesture that had become familiar to me — Michael hugged every gift he was given, as though he wanted to absorb the loving energies into his heart.

For such a loving man, one of the biggest strains of all was being separated from his children. When he flew to England to visit Exeter football club with me and David Blaine, I knew he desperately wanted to bring his children, Prince, Paris and Blanket. And he could not: he knew the paparazzi would have rioted to get pictures of him with his sons and daughter.

I believe Michael envied what John Lennon did when Sean was born — he wanted to drop out of the showbiz firmament and become a fulltime Dad. But Michael was a bigger star even than the Beatles, and it was impossible for him to become ordinary, even for a day.

That caused him agonies of frustration. The loss of his own childhood wounded him deeply, but even more painful was to be ensnared in court cases and health battles when all he wanted to do was share their most precious years. 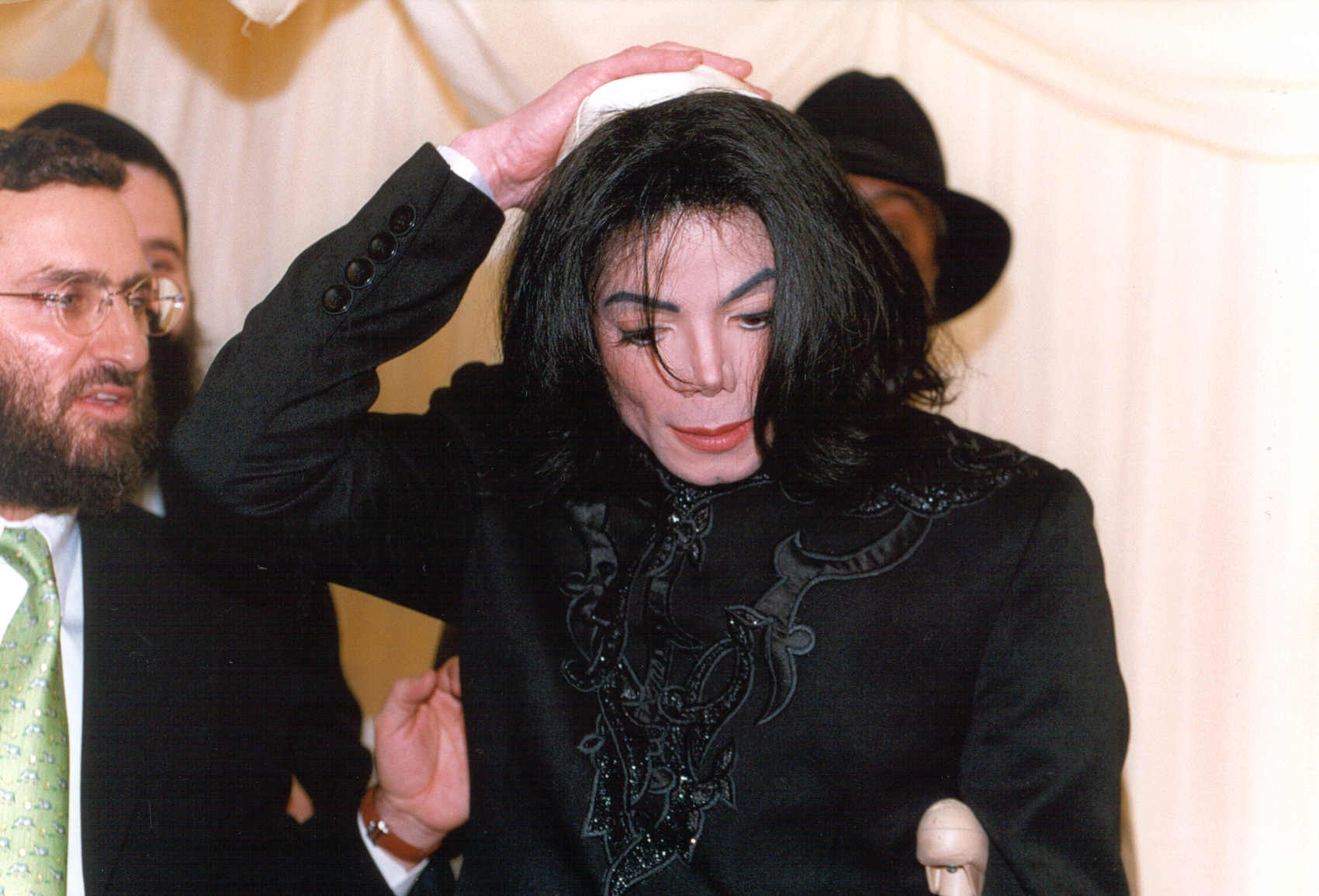 Michael in my wedding wearing a Kippa (Yarmulke)
As the calls kept flooding in, and I gradually became hoarse from all the interviews, I was astounded at the reaction of the media. Many journalists seemed devastated to realise that such a symbol of our times had gone. Every music-loving reporter in London was hoping to cheer Michael on his comeback — now none of us will ever see him perform again.

For a decade, I have been accustomed to the hostility of the press, who have attacked Michael mercilessly for his eccentrities, his appearance and his friendships with adolescents. 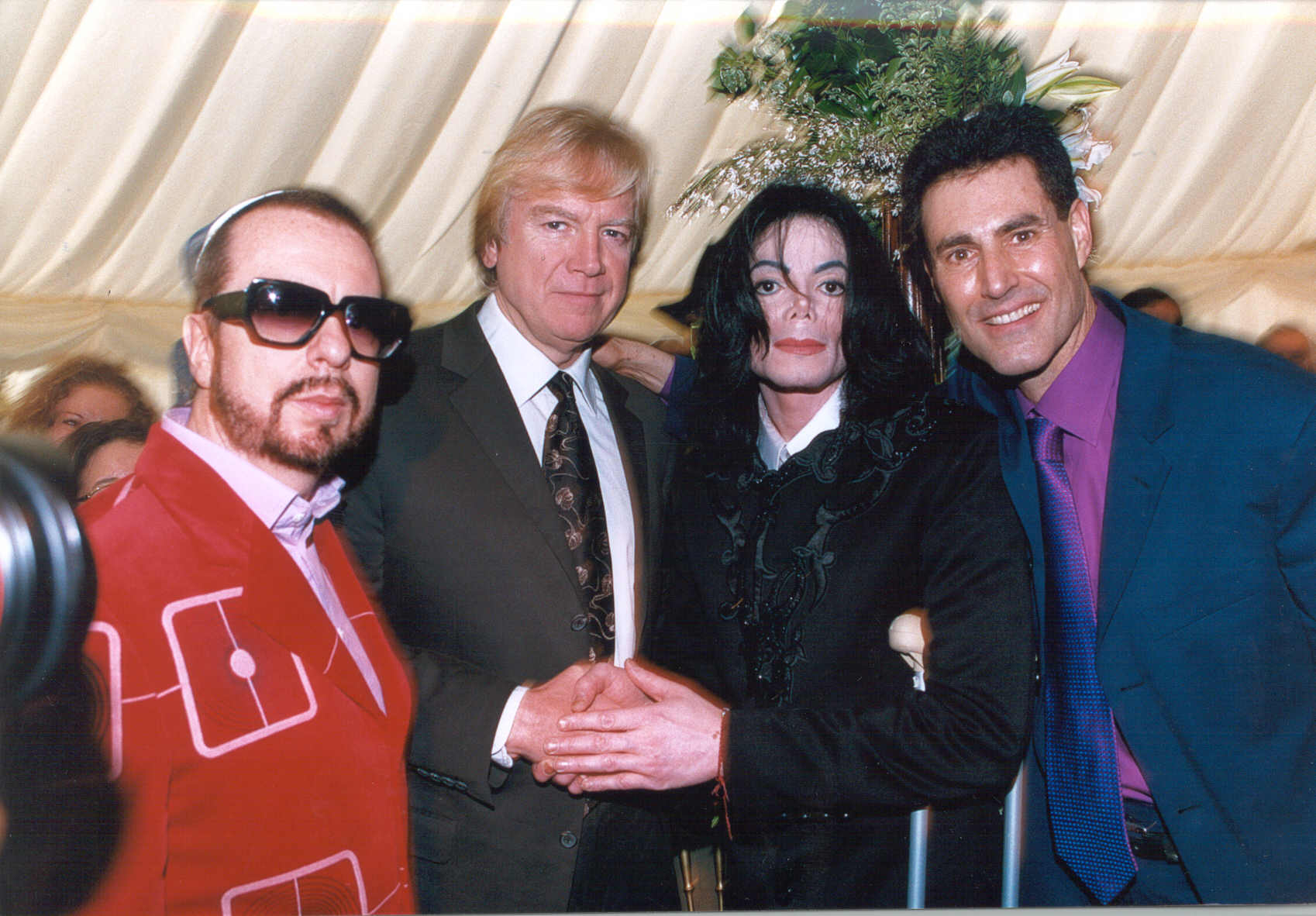 In my wedding with Dave Stewart and Justin Hayward

Now, the controversy is ebbing away. Less than a day after his death, his legend is being redefined, in a positive light. It is his music which shines.

We will remember Michael Jackson for his heart-lifting songs, for his breath-taking dance moves, for his achingly poignant lyrics, for his magnetic, mesmeric charisma. 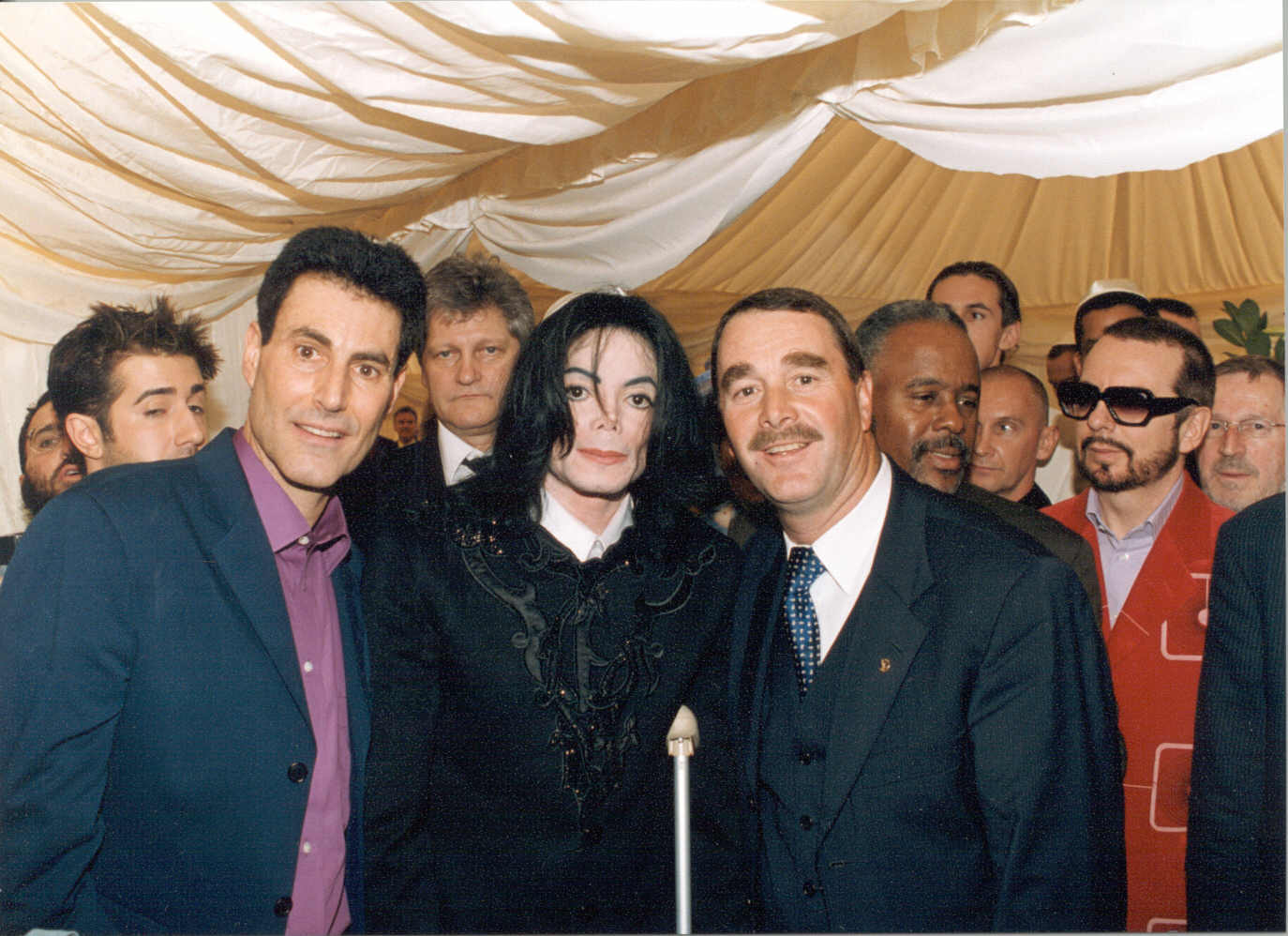 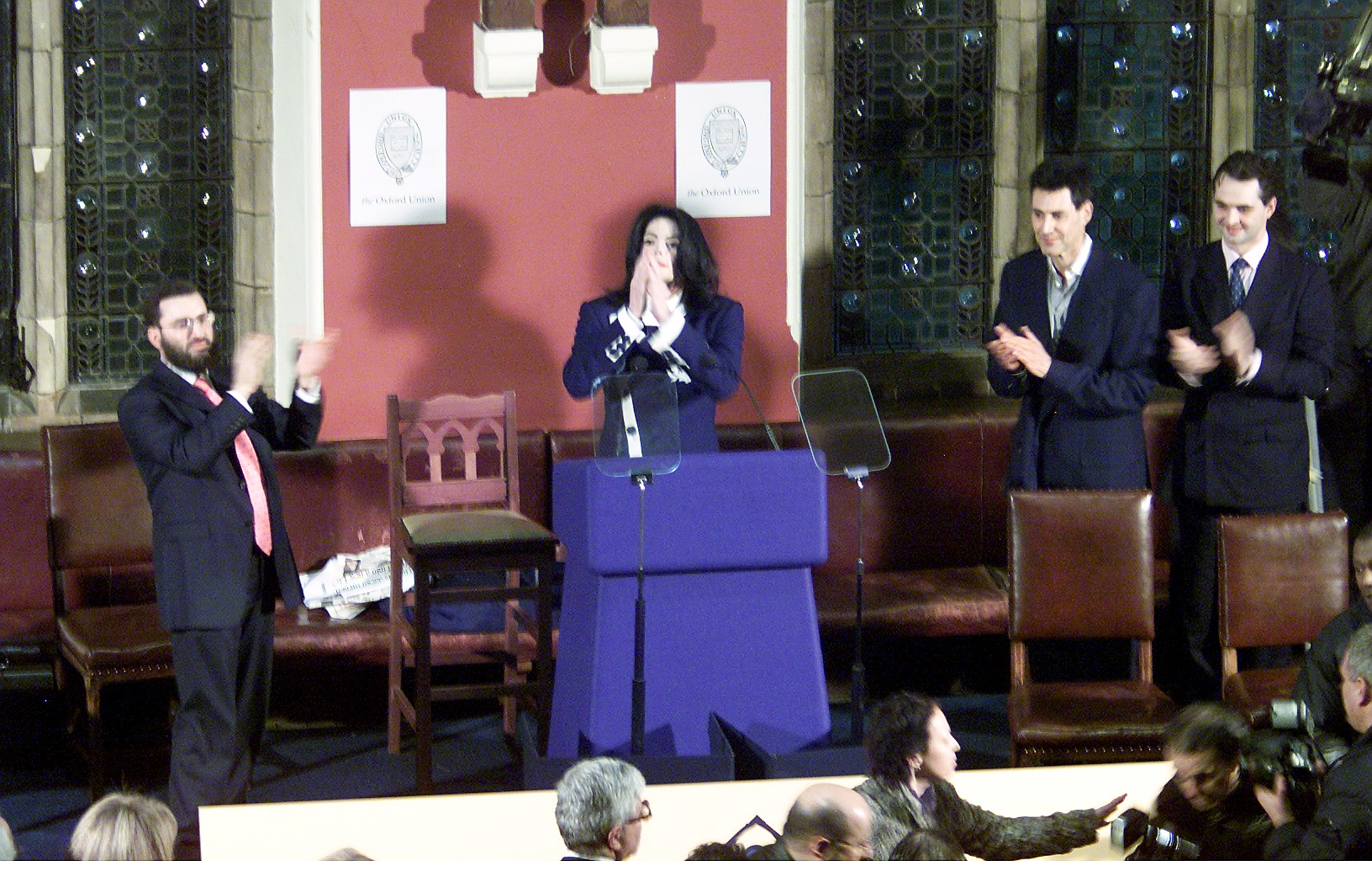 At The Oxford Union

Michael Jackson had a probing mind, and many times we talked about life after death. Once we discussed Albert Einstein and his theory of relativity, which states that energy cannot be destroyed. My friend has died but he is a pure energy source now, and that will live forever.

I believe he is shining as brilliantly as ever, in another life, with Lennon, and Presley, and Sinatra, and a twinkling of other supernovas. He burned brighter than any of them. 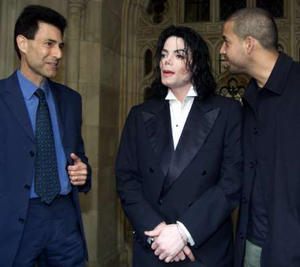 With David Blaine at The House of Commons 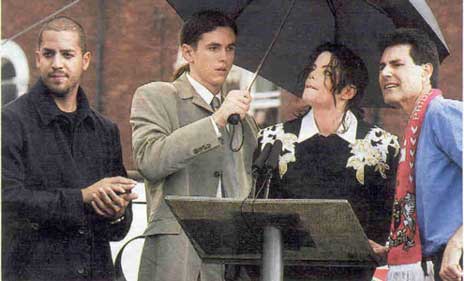 With David Blaine and Matt Fiddes in Exeter

Read my other articles