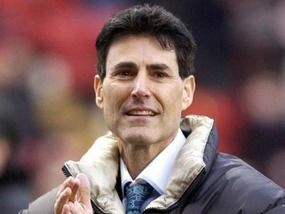 From Freud to Gurdjieff

Uri Geller: OK, I’ll touch it very gently. I’m rubbing it. You can feel that there’s no force.

BW: It seems to me it’s already bending.

BW: It’s bending (her voice is soft and reflects awe).

BW: Yes. I’ll show you. I’ll put the both of them together and show you.

Uri: Yeah, but open so everyone will see. Hold it (unintelligible).

Uri: Look, it’s… you see, it’s plastic (applause from audience). I wish people would see it’s not a break, even. It’s … it looks like puddley wax…. It’s like the energy eats the metal from inside. Can you see it?

Barbara Walters TV show For Women Only , circa 1975

Published in MetaScience Quarterly , A New Age Journal on Consciousness

The terms “paradigm” and “paradigm shifts” were placed into general usage by Thomas Kuhn (1962/1970) in his book The Structure of Scientific Revolutions. Kuhn shows clearly that accepted premises, observations, laws and theories are influenced by the prevailing world-view.

Utilizing the word “myth” to describe obsolete scientific theories, Kuhn states, “ Normal science… often suppresses fundamental novelties because they are necessarily subversive of its basic commitments” (p. 5). However, as contemporary “laws” of science are to some extent “arbitrary” by their nature, eventually they yield to new and more comprehensive tenets.

To no one type of mind is it given to discern the totality of truth. Something escapes the best of us – not accidentally, but systematically, and because we have a twist. The scientific-academic mind and the feminine-mystical mind shy from each other’s facts. William James, 1890/1960, p. 27

When the American psychologist William James would discuss the problem of proving the existence of ESP, he talked about the White Crow. One only needs one white crow to establish that crows can be white. If telepathy or psychic metal bending occurs only once, that is enough to establish that these phenomena indeed exist. In the case of Israeli paranormalist Uri Geller, although his ESP abilities have been tested positively with no detection of fraud at some of the greatest think-tanks in the West such as Stanford Research Institute in Menlo Park, California, Naval Surface Weapons Center, White Oak Laboratories in Silver Springs, Maryland, Lawrence Livermore Laboratories in California and at other labs and physics departments in England, Canada, France, South Africa and Denmark, (Panati, 1976), the backlash by the skeptical community against Geller has been too great. The end result is that although scientists were seriously studying the full range and potential of human consciousness throughout the 1970’s, in part, in reaction to the wake-up book Psychic Discoveries Behind the Iron Curtain, (Ostrander & Schroeder, 1971), today almost no university will even consider the topic, even though the ramifications of such studies would be profound.

Scientific revolutions, for Kuhn, occur when a bright scientist is finally able to fit the “anomaly” into a new workable model. A qualitative shift takes place in accepted views and “a new set of commitments [becomes the] new basis for the practice of science” (p. 6).

Kuhn’s premise is that most scientific revolutions are caused by individuals who threaten the endemic construct reality (e.g.. Copernicus, Newton , Lavoisier, Einstein). Therefore, they are first met with vehement resistance. The end result, however, in each case is a reversal, whereby of necessity, the “community…reject[s the] time-honored scientific theory and adopt[s]…the new one” (p,6). Society, in turn, becomes “qualitatively transformed [and]…quantitatively enriched” (p. 7).

The group-fantasy is a powerful vehicle for structuring consciousness, and either guiding, or restricting, the behavior or life goal of the individual and society in question. The direction in which history proceeds is also influenced.

I was introduced to Dr. Werner von Braun by a NASA astronaut, Captain Edgar Mitchell. Ed was the man who stood on the moon and tried to send back telepathic messages. He taught me to hold a seed in the palm of my hand and will it to sprout. I was escorted to Dr. von Braun’s office, where he had masterminded the U.S. space program, and while he held his gold ring in his fist, I bent it psychically. “I have no scientific explanation for this phenomenon,” he remarked.

I was not aware until later that von Braun had also designed the V1 and V2 flying bombs that killed thousands during World War II. When Germany was defeated, his team was very close to creating atomic weapons. He had worked enthusiastically for the Führer, and I believe he deserved to stand trial – if not for his scientific work, which had murderous intent, then for his use of Jewish slave labor. Instead, he was brought to the U.S. , with dozens of other Nazis, to have his slate wiped clean before setting to work on America ‘s nuclear missile research. If the Axis powers had defeated the Allies, von Braun would have been their guiding genius. Uri Geller, 2001, p. 111