It’s today the anniversary of the tragic death of John Lennon, fantastic song writer, singer & guitarist, an advocate of world peace – and most of all, an incredible human being. 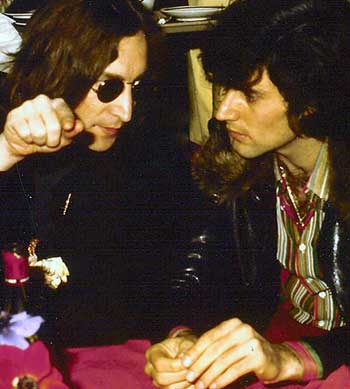 I was fortunate enough to be friends with John, from the early 1970’s until he was taken from us in 1980. I had, and still have huge love and respect for John Lennon. So much so, that in 1980 when John & Yoko told me that I needed to go & live at the foot of Mount Fuji in Japan, to find spirituality & rid myself of Bulimia and an obsession for material wealth, I followed this advice without question. 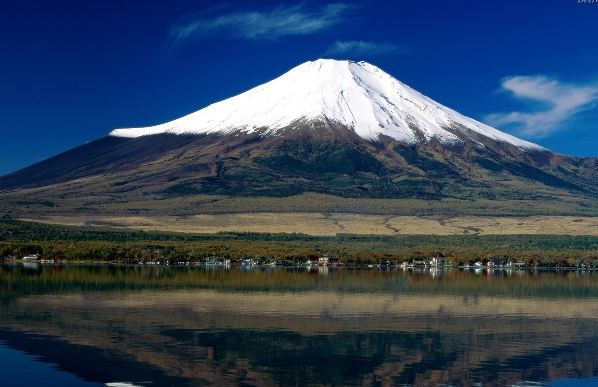 Living in isolation in this bewilderingly beautiful location, taught me that “things” are just “things”

I packed some clothes, and travelled to Tokyo with my family, where we lived in a wooden hut in the forest at the base of mount Fuji. John was right, I did find spirituality, I realised that the material wealth & possessions I’d become so obsessed with were unimportant, and a year later I returned home a changed man. The advice given to me by John Lennon & Yoko Ono, quite possibly saved my life, and certainly changed my life for the better. 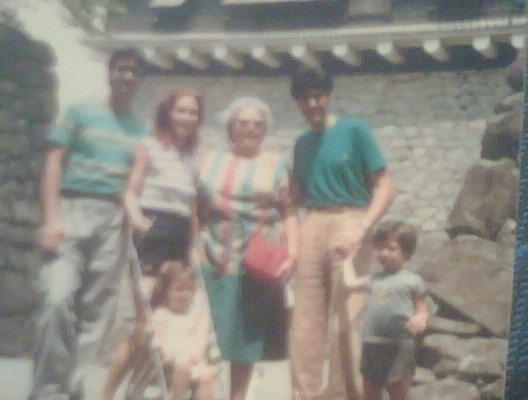 In Japan with Hanna, Shipi, my Mother, Natalie & Daniel.

Another memory of my friendship with John, is from about 6 years earlier in 1974 when Elton John had asked John to perform with him at the much anticipated concert at Madison square garden. Elton knew that the concert would be an incredible & memorable one if John would agree to get on stage with him, but John wasn’t in a good place at that time, he had separated from Yoko & was heartbroken.

John told me that Elton wanted him to perform but he just couldn’t, he wasn’t feeling himself, and all he cared about at that stage was trying to get Yoko back into his life. I tried to convince him to perform with Elton, and he then offered me a deal, “I’ll sing, but only if you make Yoko call me!”  I wasn’t sure if he was being completely serious or not, but I knew he did believe in my abilities, and in the power of the human mind, so I thought what the heck , there’s nothing to lose.  I took a photograph from John of Yoko, took it to a 57th street copy shop & had it copied & blown up, and then I stuck it in every room of my apartment, 357 east 57 street new york.  Every time I saw her photo that day, I would try to project a message to Yoko – “Call John, Call John!”

The evening of the performance, John tells me “I’ll do it, I’ll sing with Elton!”  I was amazed, “Did Yoko call you??” I asked. John replied that she hadn’t, but he was feeling very positive about it & believed that it would work & she would call him, so he would get on stage with Elton that night. 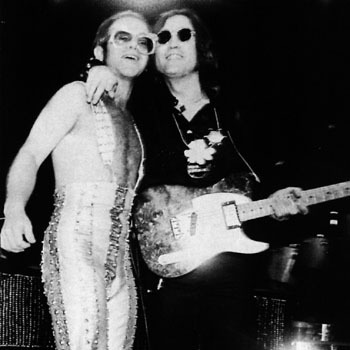 And he did, they brought the house down and the rest is history, people were talking about that performance for many years – and that night after the concert, myself, Elton John & John Lennon had a huge party at the Pierre hotel in New York.

But the most incredible thing is, only hours later – Yoko phoned John, and they subsequently got back together.  John was ecstatic to hear from her, and he was convinced that this was my doing! Personally, I was incredibly happy that she had called him and that they were sorting out their problems, but I didn’t know whether I had anything to do with it, or whether it was synchronicity, or coincidence.  Perhaps it was more to do with John’s own personal belief in me, that he believed Yoko was going to call him as a result.  I have had a lot of experience to prove to me the power of belief. Whatever the case may be, this was a very happy ending to this particular story.

Of course the same cannot be said for the end of Johns story, which was incredibly sudden, unexpected & sad. Heart breaking in fact, and not just heart breaking for Yoko, and his children who of course were absolutely distraught, Johns sudden death caused the heartbreak of literally millions of people throughout the world – who at Yoko’s suggestion, stood silent for 10 minutes, linking hands – as a mark of respect for a person who was so committed to his cause of giving peace a chance.

30 years later, John Lennon’s presence is still very much here. His message for peace, still reverberates in the hearts & minds of all of the millions and millions of people that his music & his message has touched, many of whom were not even born while he was still alive.

So John, we miss you – you made the world a better place both in your presence and in your absence, you may be gone – you will never, ever be forgotten.