Once bitten, twice shy… but nobody could ever accuse me of being shy. And I paid the price when I tried to befriend a couple of animals which did not want to be pets — or petted!

Strolling with Shipi and Hanna in Istanbul, the day after my Turkish series had reached its triumphant climax during the summer, I spied a three-legged mutt and reached to tickle it behind the ears.

I believe all dogs instinctively react to humans with trust and friendship, unless they have been trained to behave aggressively. Somehow, this little chap had picked up the wrong sort of training. Life on three legs must be tough for a stray dog, and I don’t blame him for taking a chunk out of my finger. It was probably the best bite of meat he’d had for days. 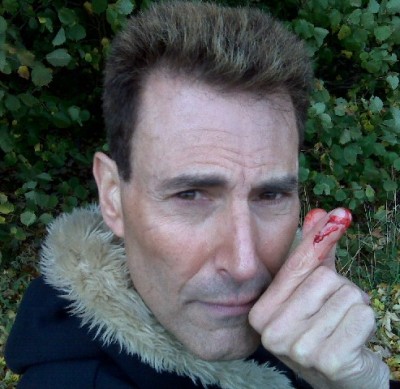 A few weeks later, filled to the ears with tetanus jabs and antibiotics, I was attacked again… this time by a raven. Its name was Corax and it was the star of my German TV series, transmitting spirit messages to its handler, Vincent Raven.

Vincent warned me that Corax would not permit anyone else to touch his sleek feathers: I immediately proved him wrong, by fixing the bird with a stare and sending promises of trust and friendship telepathically as I stroked his black neck.

Then I tried to do it again, and Corax sank his razor-sharp bill into my finger to the bone.

I never make New Year’s Resolutions, but I’m breaking the rule to set one this year: in 2009 I resolve not to touch strange animals. 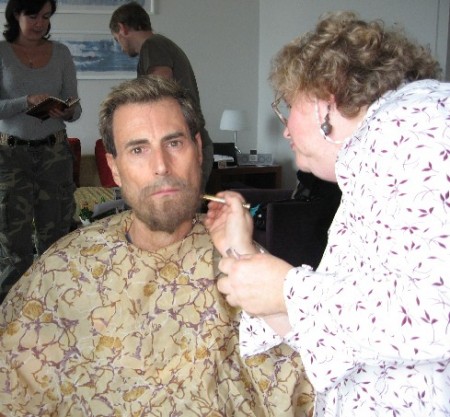 Other highpoints of the past few months have included my transformation into Sigmund Freud, my illustrious forebear, for a photography shoot by Ekaterina Rozdestvenskaya. She is one of Russia’s top artists, and her series which recreates Old Master with famous models is a national sensation.

I was staggered to realise how much the addition of a beard made me resemble the great psychiatrist — and when last month I spotted newspaper photos of Prince William at Balmoral, sporting a beard that made him the spitting image of King George V, his great-great-grandfather, I saw again how genes can resurface after many generations.

Our Russian adventure was a unique experience. We went shopping on the most expensive streets in the world, just weeks before the international banking crash wiped out countless Moscow billionaires.

We were almost the victims of a sophisticated bag snatch in a restaurant, and defeated the thieves with my trusty BlackBerry — when we realised we had been robbed, I barred the exit and pretended to summon my private bodyguards by yelling into my phone. The crooks fled empty-handed. 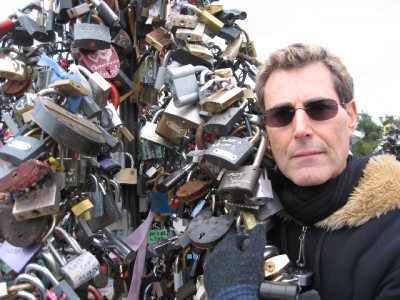 We discovered fascinating folklore from a land that often feels very remote from the West, like a fairytale world — the custom for newlyweds to hang padlocks on trees in the city, to symbolise their pledge to lock their lives together forever, was a favourite. Hanna and I thought it was so romantic that we added a padlock to a tree ourselves. 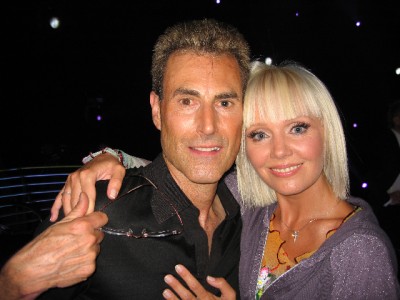 And our viewing figures went through the roof, as Russians from the Baltic to the Pacific tuned in to be mystified by the contestants and thrilled by celebrity guests such as Valeria, the pop singer who has sold 100m records in her 20-year career.

Among many other celebs who made an impact on me, actor Andy Sirkis provided the most memorable quote. When we met at the Curzon cinema in Mayfair to help launch a Hungarian movie season, I asked him where he got the inspiration for the voice of Gollum in Lord Of The Rings.

“That voice,” he told me seriously, “is exactly the sound my cat makes… when she has furballs!” 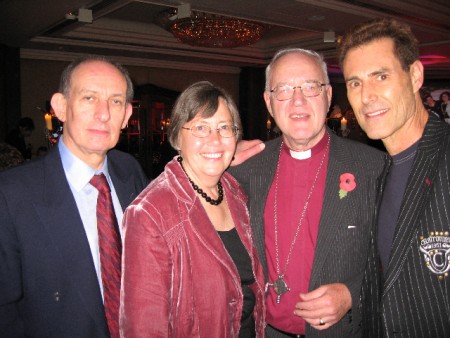 George Carey, the former Archbishop of Canterbury, told me something else which has lodged in my mind. We were chatting at a party to celebrate a friend’s 80th birthday, and I was concerned about the constant barrage of atheist propaganda I saw on TV, in newspapers and even on the side of buses.

I’m not concerned about adverts on buses and so on,” George replied. “God is much stronger than that!” 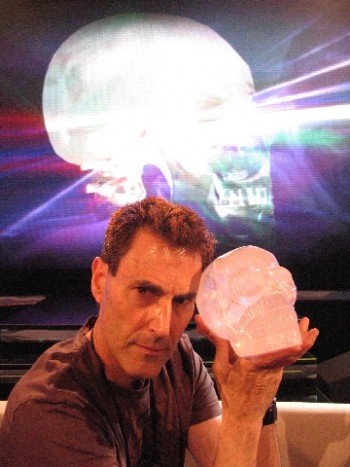 An eerie and inexplicable highlight of the year was the moment I held a 2000-year-old skull carved from rock crystal by Mayan shamans. I felt the force of centuries flowing through me.

Millions of viewers felt it too, as they tuned in to my live TV special in Germany and attempted to make contact with extraterrestrials. Many people believe the ancient skull was so flawlessly crafted that it could only be the result of alien technology — a theory investigated by my guest on the show, Erich von Daniken. 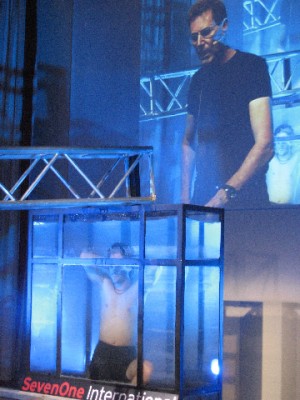 But the single most memorable event had to be the spectacular feat in Cannes by my protege, the escapologist David Merlini, who set a new world record when he held his breath for 20 minutes and 30 seconds in front of 500 celebrities, journalists and television executives at the Majestic Hotel.

It was the first day of MIPCOM, the $500m media fair — and when I saw David’s eyes roll back into his head as he started to slip into unconsciousness, I feared it would be his last day on earth.

We shattered the plate glass to pull him out of the water, and then rushed him to hospital for emergency treatment to his cuts. David’s courage and physical endurance were astonishing.

My very warmest New Year wishes to all my readers, and I hope 2009 proves as thrilling and inspirational for you! 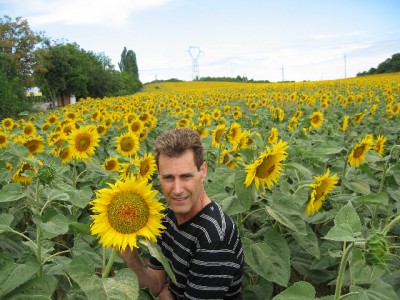 This field of sunflowers in Cyprus reminded me why I so love the beautiful Mediterranean island where I spent my teenage years.

After a photoshoot in Red Square with a gaggle of girl fans, we all crammed into my stretch limo for a ride around the city. 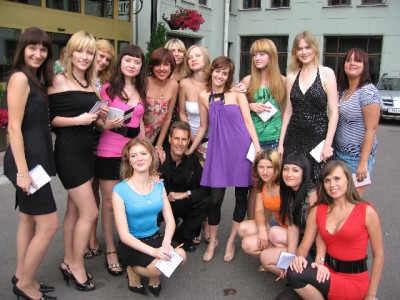 Hanna insists I include this photo of Alan Hansen. He’s an old friend, and we met up again at a motivation event for business execs. Journalist Hardeep Singh, impressionist Jon Culshaw and former London mayor Ken Livingstone were among the other guests, but I notice my wife doesn’t want to see photos of any of them! It must be because of the roguish twinkle in Alan’s eye… 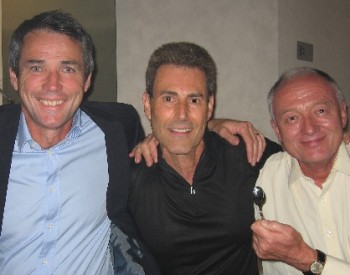