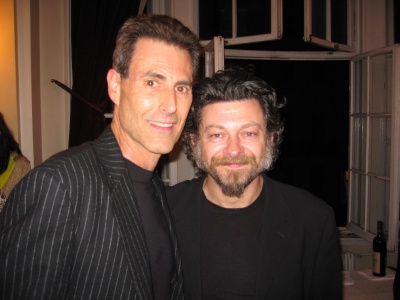 She’d spent the day wading around urigeller.com and had counted thousands of photos, tens of thousands of links and millions of words.
But CNN relies on its international bureaux, with teams of journalists all over the planet, to fill its web pages.
Almost every sentence on my website, on the other hand, was written by me, from the autobiography I published before I was 30, to the reams of scientific reports from the most prestigious labs on the planet (such as Stanford Research Institute, Cambridge and Lawrence Livermore) and the countless newspaper columns.
All the columns I’ve published in Weekly News, for instance, are on my site — and I’ve been writing for the paper since 2002 without ever missing a week. Pile up those pages and you’ve got a wad of words that is literally longer than War And Peace.
Something had to be done. It’s great that everything I write can be preserved in electronic format, but it’s useless if no one can access the archive without a degree in micro-geekery and a supercomputer.
Any foray to my archive, for Seventies cinetape or some obscure parascientific journal, can take up an entire afternoon. Most web users aren’t so patient or so persevering — if they can’t find what they want on my pages in a tenth of a second, they’re going to go Googling somewhere else.
My original site was designed by Rupert Murdoch’s LineOne company. It was a pioneering venture, long before broadband, when few homes even had computers, never mind modems.
I invented the concept of webcams, keeping a video camera trained on a spoon inside a safe: the challenge to visitors was to bend the spoon with their thoughts, over the internet.
No one ever collected the million-dollar prize. Eventually I got bored and bent the spoon myself.
I should have turned the camera away from the safe and pointed it into our kitchen — we’d have been the first Reality TV family, years before the Osbournes, and I’d probably have beaten YouTube to their billions too.
A succession of web designers tried over the years to update the site, but the sheer bulk of it always defeated them. As fast as they created links, I was adding newspaper articles or digitising ancient TV footage. The latest Urigeller.com website has been re-developed & designed by Coffeeworks Media. 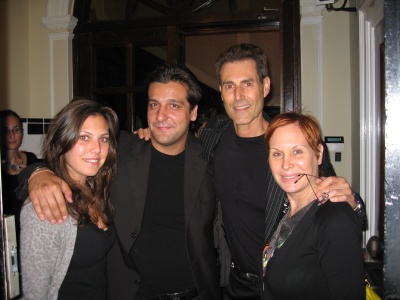 SUCCESSFUL actors are like pilots. They have wider horizons than the rest of us.
Whenever I meet a flier or a Hollywood star, I’m always struck by their open-mindedness and their vision, as if their lofty status enables them to see much further than ordinary mortals.
Andy Serkis, the 44-year-old actor who played Gollum in The Lord Of The Rings, was instantly receptive to the idea that our minds are more powerful than any physical force.
He watched me bend a spoon without any doubts or suspicions — he was simply enthused by the display.
I believe this is because truly brilliant actors — and Andy can contort his body, voice and mind into any role — recognise no limits. Everything is possible for them.
If I’d floated into the air and started flying round the room, the power of Andy’s self-belief would probably have got him airborne too.
We met at the first Hungarian film showcase, at the Curzon, Mayfair, which was followed by a reception at the embassy.
Sandor Csanyi, the star of Just Sex And Nothing Else, was also there. I assumed Andy had Hungarian roots, though according to his internet biographies he was born in Middlesex, the son of an Armenia Iraqi doctor.
I didn’t want to ask him about his ancestors, of course — I wanted to know how long till we saw him in The Hobbit, Peter Jackson’s next Middle Earth epic.
“Everybody loves Gollum,” I told him. “He’s a villain, but every kid can do impressions of him. Where did you get the inspiration for that voice?”
Andy looked at me seriously. I felt a chill on the back of my neck: one of Hollywood’s biggest stars was about to let me into the secret of his success.
“That voice,” he said, “is exactly the sound my cat makes . . . when she has furballs!”